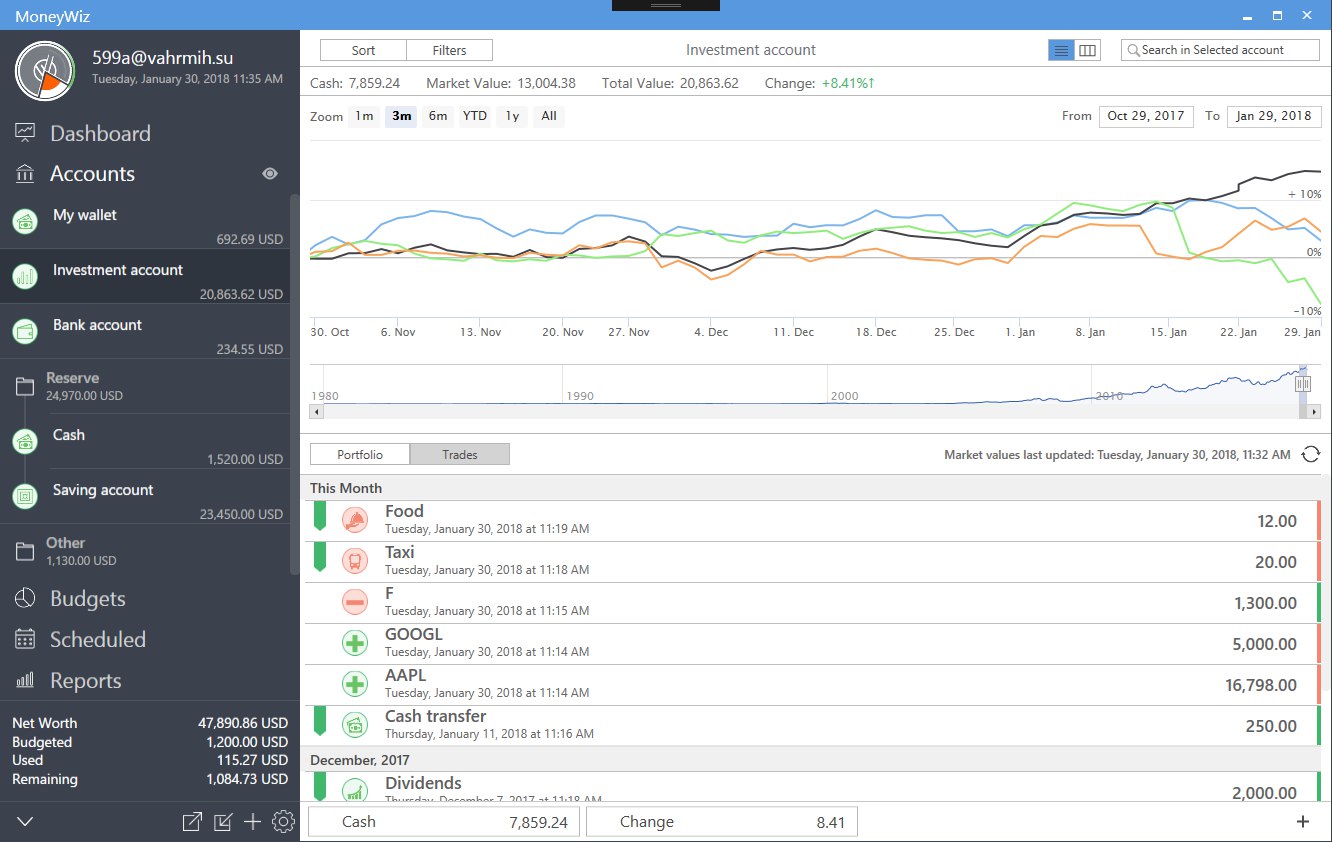 MoneyWiz has received awards and recognition which includes being named the Best Finance App out of the Top 500 Must-Have Apps by The Telegraph. We had to prepare MoneyWiz for release:  to change app design according to new requirements, develop new sections, test and fix bugs that we would have found.With the starting of development, code improvement ideas immediately arose and were implemented. The high quality of the product is our goal in any given project.For deployment organizing, we used ClickOnce — a technology for desktop applications. We have fully automatized the process. Our client has to run the command, specify the number of the version — and this new version resides on a server and users get updates, so everything is very easy.